Europe’s first dedicated blockchain research facility and the world’s first advanced blockchain identity laboratory has been launched in the Scottish capital of Edinburgh. 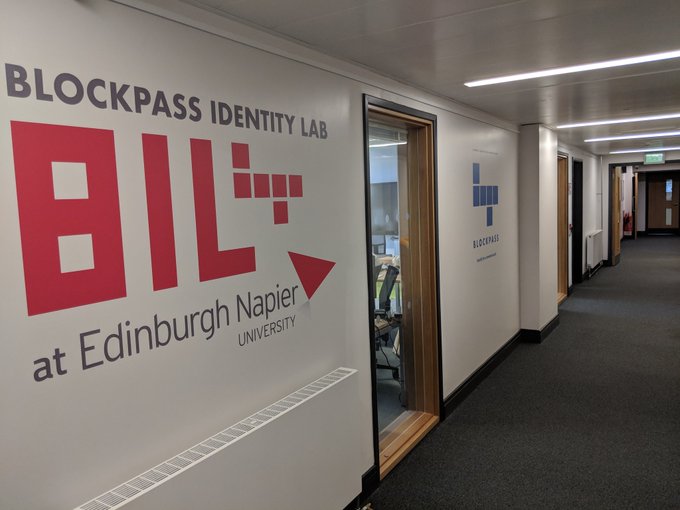 Known as the Blockpass Identity Lab, the pioneering blockchain research facility will focus on exploring ways in which blockchain technology can be applied in protecting personal data online according to The Scotsman. Built at the Merchiston Campus of the Edinburgh Napier University, the laboratory is part of a £600,000 collaboration between the Hong Kong-based blockchain-based identity application firm, Blockpass IDN, and the Scottish university.

Under a three-year partnership, funding will be provided to support research staff, 5 PhD students and a virtualized blockchain environment. The facility will place emphasis on the key challenges revolving around identity as it seeks to build new data infrastructures that respect the privacy, rights and consent of netizens.

“This exciting work to explore how blockchain technology can protect personal data from online scammers and hackers carries on the tradition of innovation and excellence exemplified by John Napier [the Scottish mathematician that the Edinburgh Napier University is named after],” said Kate Forbes, the Scottish Minister for the Digital Economy.

To mark the launch of the blockchain research facility there will be various activities held and this includes a conference on advanced cryptography, blockchain and digital identity. Additionally, there will be a hackathon where participants will be required to develop prototype applications that focus on blockchain, digital identity or other decentralized and distributed ledger technologies.

Plans for the research facility were initially announced in April this year. At the time the chief marketing officer of Blockpass, Hans Lombardo, cited various online data breach scandals which had served to make clear the risks that come with storage of sensitive personal data in a centralized location.

No Single Point of Failure

“We continue to see identity management at the forefront of blockchain and cryptography discussions as the price of consumer data abuses becomes clearer and more pertinent,” said Lombardo in a statement. “The creation of this lab in conjunction with Edinburgh Napier University will provide a space where further research and innovation can lead that discussion to newer and more advanced grounds.”

While much of the attention on data breaches has been focused on the United States and firms based there such as Equifax and Yahoo, Europe, where Blockpass Identity Lab will be based, is not alien to the problem as about 17% of the population is estimated to have fallen victim to identity theft, one way or the other. Last year, for instance, it was estimated that the cost of credit card fraud on the continent exceeded £1 billion leading to cancellations of the cards by more than 5 million people.

One Musician’s Creative Solution to Drive ASICs Off Monero

Bank of America Is Now Hiring in Blockchain,...