Though the image above is nearly 20 years old, once again our country finds itself in the midst of a recount turmoil in Florida after yet another election. However, this time Georgia and Arizona join the chaos as well. Bitter words are being spoken and harsh lawsuits are feverishly filed, both of which are fueled by concerns around fraud, incompetency and secrecy. But could more efficient technology, specifically that of blockchain, put an end to all nebulous issues around voting once and for all or is the situation simply too complex on a number of levels to think tech could act as a savior?

Such was part of the topic of a timely and provocative plenary held very recently in the Innovation and Policy Center at one of Microsoft’s office in Washington, D.C. Entitled Mid-Term Elections: Tech Rewind and Fast-Forward, Deciphering Change the discussion featured a number of experts from notable entities including Voatz, a startup conducting pilots at the intersection of blockchain and elections.  The company is the first to initiate a pilot involving a state mid-term election and worked with policymakers in West Virginia to execute a mobile voting pilot for all active Uniformed and Overseas Citizens (UOCAVA) voters from 24 counties in West Virginia.

The mobile voting project was implemented by the Secretary of State of West Virginia, Voatz and funded by a philanthropic arm of Tusk Holdings with the goal of making voting more accessible and more secure for the disenfranchised overseas voting population. Over the 45-day absentee voting period, 144 ballots were cast by active UOCAVA voters spanning 30 countries and the United States.

And unprecedented move, indeed, and the panelists, which included Rob Flaherty, Creative Director, Priorities USA and former Deputy Digital Communications Director, Hillary for America; Terrence Johnson, Associate Professor Government/Political Theory at Georgetown University; Rick Endres, Former CIO, House of Representatives;  Hilary Braseth, Director of Product, Voatz, Dale Werts, Partner at law firm Lathrop Gage, LLP and Paul Snow, CEO,Factom a blockchain service producer, discussed such activity as well as the intersection of cryptocurrency and artificial intelligence and more with that of  political elections.  Operating as a near live, ephemeral think tank-of-sorts, the group collectively looked at trends, challenges and opportunities from various parts of the ecosystem  which the panelists represent. 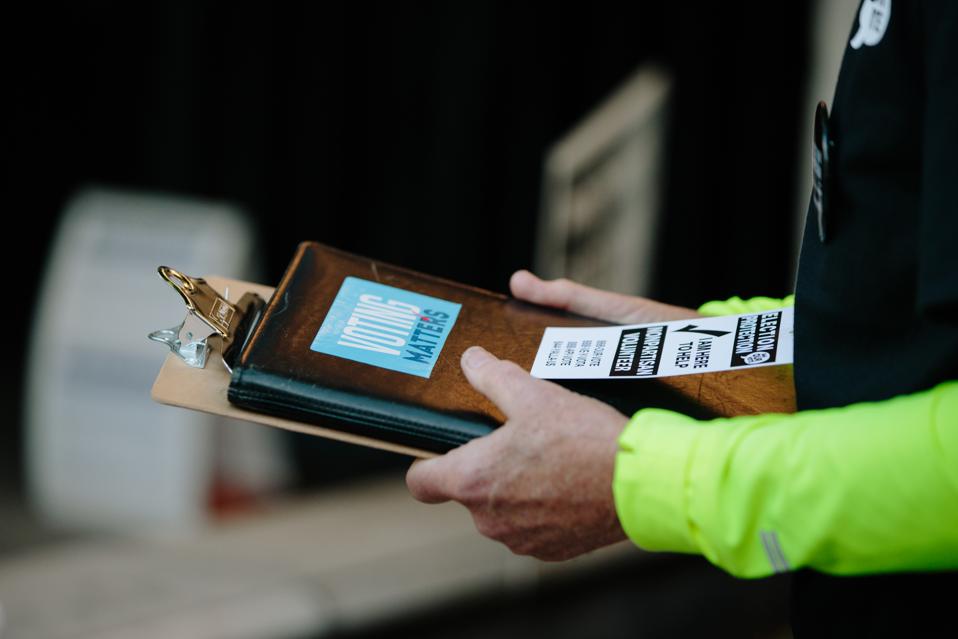 After Flaherty reviewed effective trends that were exhibited in digital advertising and messaging around campaigns during the 2018 mid-term elections, the discussions then moved largely to the possibility of greater usage of blockchain and artificial intelligence within election strategies and implementation.
“Blockchains hold the promise of creating validate-able information and proving information did, in fact, come from intended sources,” Snow explained. “The blockchain can confirm information to crack down on inaccurate or false reports and create responsibility for providing correct information. This would be a massive reform in politics, society, business, and government, and not through regulation – the reform is solely through math.”
Snow further explained in order to truly understand the break-through impact of such application of technology he says believes that one has to understand the fundamentals of blockchain which are, for many people in both the public and the private sector, still a bit mysterious.
According to Snow, first, it’s about understanding the definition of a “hash.” “Very simply, a hash acts like a unique fingerprint for anything digital. Much like your own fingerprint, a hash is a unique identification for any digital thing. There is a unique hash for a picture, an MP3 file or really anything else you can think of that you might have on a computer,” he explained.  This fingerprint is unique and will not match anything else. As a result, a single modification of any portion of it results in a completely different hash.

To understand the blockchain, think of it as a series of records or transactions of data, suggests Snow.  The various computers that participate in the blockchain will collect these records and make a block.  The computers hash the old block and include that hash as a record in the new block, and then starts over again.

So the blocks are sets of records that have been collected in the blockchain, and the hash included in the next block “links” the blocks together. The hash puts the “chain” into a blockchain.

“Now imagine you have one of those chains you made in elementary school out of construction paper,” says Snow. “If even one link is modified in any way, then the hash of that block would change and would no longer match the hash in the next block.  Just like you took a pair of scissors and cut your paper chain. Any modification breaks the chain and those with access can see this tampering. The ramifications of this are huge as it presents an opportunity for flawless tracking and monitoring of, say, votes. ”

Snow says that blockchain can document the processes for voting to ensure all procedures are followed correctly. Parties involved would be held responsible for the steps under their control, and the steps would have to be performed in order to match the audit trail maintained in the blockchain.  Additionally, votes can be blocked and hashed, and those hashes added to the blockchain make the votes very hard to change or alter. “Impossible even,” he adds, “depending how close to vote collection the blockchain can be used to collect the ‘fingerprints’ (hashes) of the proper data, processes, and steps. A recount might still be needed, but the recount would amount to a full review of the voting process, not just the votes that ended up collected at the end point of the election process.”

Though such an approach sounds like a much-needed panacea, Braseth suggests some caution.  ” We at Voatz do believe widespread mobile blockchain voting is a long way off.” She said that when dealing with a new technology, often one of the biggest challenges is ensuring adequate understanding and comfort with how that technology is going to work. The company made certain that it worked with County Clerks and their already-existing elections workflow to try to create a seamless process.
However, she continued, “If there was a hypothetical scenario where, one day, all people were voting via a mobile blockchain method, the public ledger with the anonymized vote results would largely eliminate any question around the way an election was counted. It would be right there. Each individual voter, too, would be able to audit her own vote if she had any question as to whether or how it was counted.”
But even with the advent of such potential leaps in voting transparency, the legal process is massive and far-reaching. 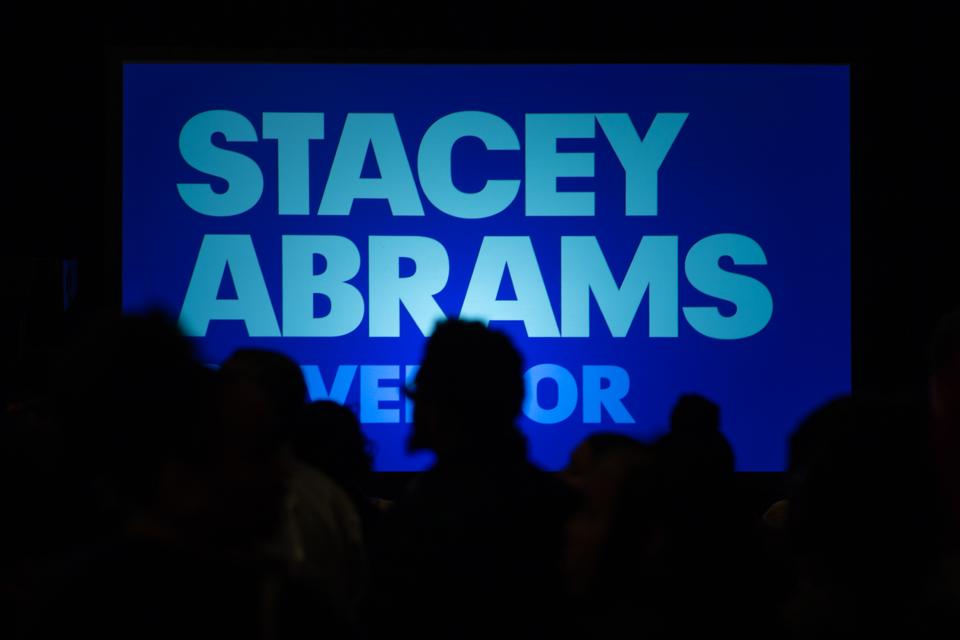 Werts noted from a legal perspective that identity verification is difficult, time-consuming and often inaccurate, with voters sometimes being wrongfully singled out as ineligible to cast a ballot, while ineligible persons are sometimes permitted to vote and double votes occur. “Because the counting of ballots is inefficient with conflicting protocols that make audits slow and difficult, recounts (and demands for recounts) are common. Lawsuits proliferate as candidates seek to gain an advantage.”

He explained that every time such situations take place, the public’s confidence in the system and the election results can lead to lack of confidence in elected officials and government in general over time which could result in lower voter turnout in the future. “So a system where human assistance is limited or not needed at all such a full usage of blockchain would be ideal. In fact, any system that eliminates the need to trust any human, ultimately the root of political debates about voting systems, is highly desirable but perhaps challenging to implement from a legal standpoint primarily due to sentiment.”

Werts commented that voter emotions, prejudices, confusion, misunderstandings and fears about a new voting technology could very well be stoked and exploited for political gain. This would then create more confusion and mistrust which would slow down the process needed to create the necessary legal support around newer forms of voting. “This is the opposite of what we need to move forward to a safe, more accurate election system. Such a phenomenon would certainly inhibit and delay the adoption of legislation needed to implement new voting systems beyond even the pace that we witness today,” Werts remarked.

Indeed, Endres added from his prior experience as CIO in the House of Representatives that adoption rate of new technology is inextricably intertwined with emotions around the platforms more than the efficacy of the platforms themselves.

In addition, other challenges such as the fact that current blockchain technology is not quite able to support the speed and breadth that would be demanded is an issue in terms of the possibility of a national blockchain election. “We also need to keep in mind that the blockchain is only as good as its ecosystem,” added Werts. “Input bad information and the blockchain will do a great job storing it! While a blockchain is immutable, the devices voters might use to vote may not be. Voting from a smartphone sounds awesome, but smartphones are some of the least secure electronic devices in the market. Someone could hack your smartphone and change your vote before it is even sent to the blockchain,” says Werts.

As the narrative around blockchain and the voting process will continue to be examined, Professor Johnson cautioned that no matter what level of technology is used that it is key to be mindful of how it can be better leveraged to help truly educate voters with genuine information, especially those of the millennial demographic.

We are probably a number of days away from recounts being settled in various states and even further away from outcomes from lawsuits, but one thing is certain. With so very much at stake for all sides, without greater development and implementation of a more efficient system than that of today, we could all be in for quite a bumpy ride for November, 2020 .

Block.One CEO: Bitcoin Will Replace Gold As The...

Blockchain And The Future Of ERPs

What To Know About Blockchain-Powered Cross-Border Value Transfers