These are first cases the SEC has brought violations involving ICO promotion. The SEC noted that using celebrity endorsers was a crucial part of the ICO issuers’ promotional strategy.

In a November 29 statement, the SEC said Mayweather and Khaled each failed to disclose payments they had received for promoting various ICOs (initial coin offerings).

In Mayweather’s case, the SEC found that he did not disclose promotional payments he received from three ICO issuers, including $100,000 from crypto startup Centra Tech Inc.

In April 2018, the SEC charged the co-founders of Centra Tech with securities fraud. Regulators accused Sohrab “Sam” Sharma and Robert Farkas of raising more than $32 million through a sham crypto token sale promoted by Floyd Mayweather and DJ Khaled.

The SEC also found that Mayweather never disclosed that he was paid $200,000 to promote two other ICOs. 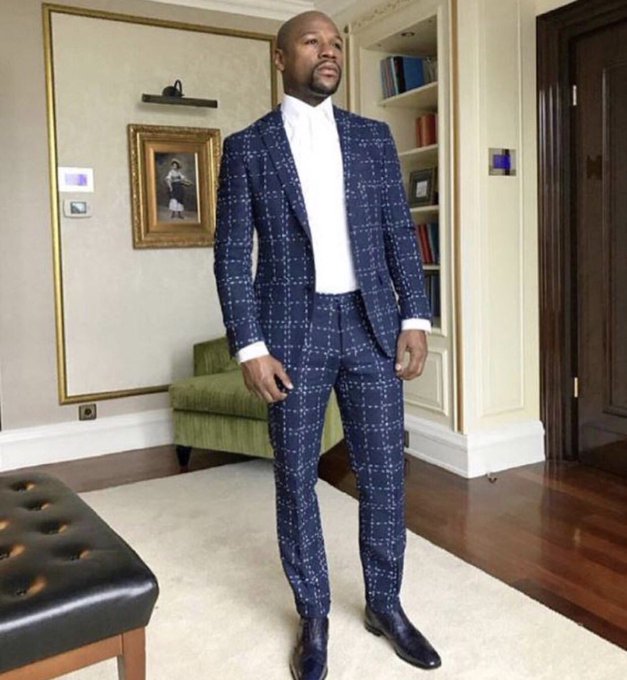 You can call me Floyd Crypto Mayweather from now on #HubiiNetwork #ICO starts tomorrow! Smart contracts for sports?! #CryptoMediaGroup #ad

1,221 people are talking about this

Mayweather heavily promoted the ICOs on his popular social media accounts, including Instagram and Twitter, where he has millions of followers.

In an August 2017 tweet, Mayweather suggested that he would make a windfall on an ICO. “You can call me Floyd Crypto Mayweather from now on,” he boasted.

No Admission of Wrongdoing

In addition, Mayweather agreed not to promote any securities — digital or otherwise — for three years.

In a separate case, the SEC concluded that DJ Khaled failed to disclose a $50,000 payment from Centra Tech, which he rabidly promoted on his popular social media accounts.

Khaled agreed to pay a $100,000 penalty, $50,000 in disgorgement, and $2,725 in prejudgment interest. The recording artist also agreed not to promote any securities for two years. 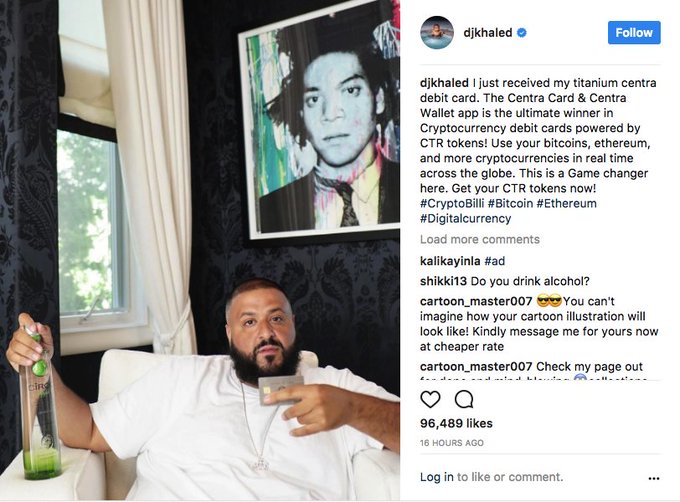 69 people are talking about this

The SEC said Mayweather and Khaled were required to disclose that they were paid to promote the ICOs because not doing so gave their followers the impression that their endorsements were unbiased.

“These cases highlight the importance of full disclosure to investors,” said Stephanie Avakia, co-director of the SEC’s enforcement division. “With no disclosure about the payments, Mayweather and Khaled’s ICO promotions may have appeared to be unbiased, rather than paid endorsements.”

Steven Peikin, the co-director of the SEC’s enforcement division, cautioned investors to be wary of any celebrity endorsements for investment vehicles.

“Investors should be skeptical of investment advice posted to social media platforms, and should not make decisions based on celebrity endorsements,” said Peikin.

“Social media influencers are often paid promoters — not investment professionals — and the securities they’re touting — regardless of whether they are issued using traditional certificates or on the blockchain — could be frauds.”

As CCN reported in April 2018, legal experts warned that celebrity endorsers of ICOs and other cryptocurrency products could face legal action as regulators crack down on fraud.

“[The lesson for celebrities is to] “know what you’re endorsing,” said Beth-ann Roth, a former SEC prosecutor and partner at Capital Fund Law. Roth said celebrities who endorse products could be charged with aiding and abetting fraud if the products they promote turn out to be shams.

How Blockchain Technology can affect the Financial Industry

Interview: The Future is Now – Blockchain and...

Crypto and Blockchain Jobs Have Increased By 26%...