Binance, one of the world’s most popular exchanges, is gearing up to launch a decentralized version of its exchange, which CEO Changpeng Zhao has revealed will have support for hardware wallets.

The CEO announced on Twitter that the DEX is in active development, 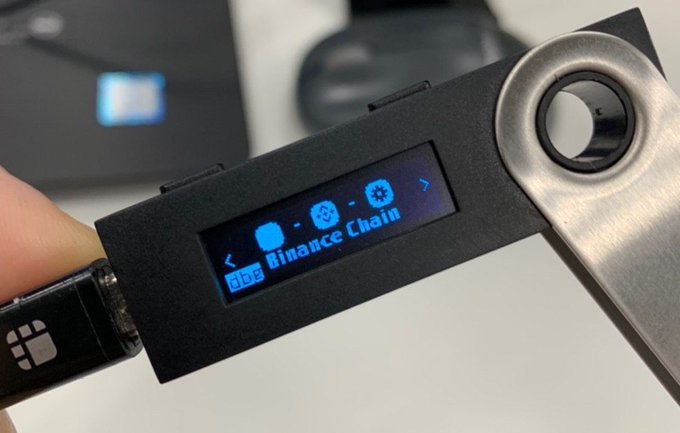 Binance DEX will support hardware wallets from day one of launch. So that you can be sure you private keys never leave your device.

266 people are talking about this

No specific wallets have been mentioned, though it’s likely that the exchange will support the most popular hardware wallets, Ledger and Trezor. A previous tweet showcasing the Ledger wallet acts as strong evidence for this.

Binance experiences some of the largest trading volumes, so the support for hardware wallets is sure to be appreciated.

At the same time, Binance is working on the Binance Chain, its own blockchain solution, where the Binance Coin (BNB) will serve as the chain’s native token. According to the team, it will:

Exchanges are notoriously unsafe places to store crypto assets, and hacks are not uncommon. Already in 2019, New Zealand exchange Cryptopia was hacked, leading to a loss of over $16 million. Investors are often advised to store their assets in a cold wallet, which is disconnected from the internet and requires hardware presses to authorize transactions.

But the niche is a major one, and developing the infrastructure and introducing new features to increase accessibility, security, and efficiency is a major priority for not just Binance, but for several other exchanges.

Energy Provider PG&E Files for Bankruptcy, the Last Gasp of Its Incredible Fall

Ethereum Classic Name Change Would Get Other Cryptos...

How to Easily Start Investing in Bitcoin and...

Bittrex US to Delist 32 Cryptocurrencies on the...

Dapps Are Moving From Ethereum (ETH) To TRON...