An online blockchain education provider will tomorrow officially kick off a free program providing mentoring, training and certification in ethereum to 1,000 students.

Founded in 2014, B9lab is working at providing quality blockchain education for everyone, according to its website.

Aiming to demystify the technology, the platform will launch its Community Blockstars Programme at GoerliCon Berlin, in association with the Department of Decentralization and ETHBerlin. The goal of the program is to attract a diverse range of individuals from various cultural, professional and geographic backgrounds.

Speaking about the program, Elias Haase, co-founder at B9lab, said that it was important for them to have as many different voices “influencing the shape of the technology” as this is where it’s going to be the most successful.

We want input from people with diverse backgrounds, from different industries, and with different life experiences, he added. With that in mind, we didn’t want cost to be a barrier for training. That’s why we’re offering the course for free for participants.

Haase further explained that it meant other members of the community can get involved as well, whether it’s through mentoring, donating technology, money or brain power.

“Ethereum is a strong, established protocol with an excellent community and ecosystem, and we want to share it with as many people as possible,” he said.

There will be two courses running this year in March and October, with 500 students taking the course each time. Up to 250 seats will be funded by community partners, with the remaining 50% of seats matched by B9lab.

The timeline for the March intake of students of the program is as follows:

It was back in 2015, that the ethereum developer course was the first course B9lab created. According to Haase, because of its longevity, it’s their most successful program with the largest group of alumni.

However, with more than 14,000 students from 160 countries and six continents learning about blockchain at B9labs, the provider is witnessing more representation from Western countries, according to Haase. The team are hopeful that they can strike a balance through their Community Blockstars Programme.

Damien Ducourty, co-founder of B9lab, said that the education provider is excited to work with the community to further blockchain education.

We’ve witnessed an increasing demand for jobs in the space over the last few years, and we are excited to be training the next generation of developers and entrepreneurs, he added. 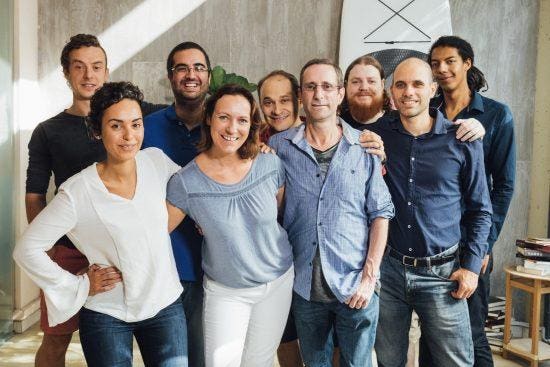 With the same framework offered to their paying students, aspiring developers on this new program will learn about blockchain basics, through to the basics of ethereum and smart contracts, programming on Solidity, as well as tools such as Web3 and Truffle, a development environment.

Students have practical exercises through individual projects and hands-on coding challenges, said Haase. They have access to video, animations, written materials and the support of our mentors and instructors on chat. They will also complete a final project and exam to get certification.

Students who receive a grade of 80% or above will receive a B9lab certification. According to Haase, the course is “intentionally rigorous…[but] we wanted the certification to actually mean something, so the individuals who achieve certification are fully equipped to code.”

Aside from the launch of this programme, B9lab have another ethereum community program planned for autumn. They may also do another Community Blockstars Programme on a different protocol before then, according to Haase.

On top of that, the team are working on a project with the Tezos Foundation to offer 250 seats for developers to learn the Tezos protocol for free. They will also be offering Tezos in their ONE subscription, said Haase. This gives subscribers unlimited access to all of B9lab Academy online blockchain courses for one year or a limited six months.