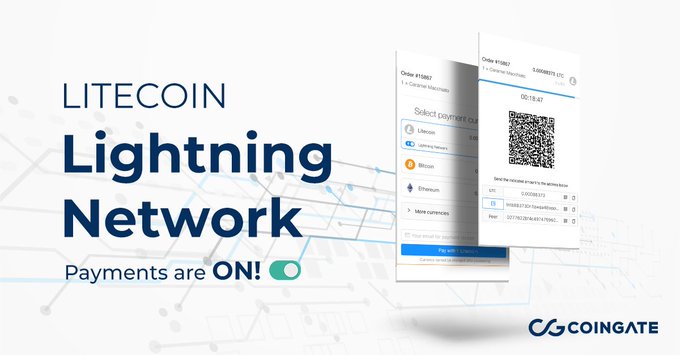 Great news! We are finally enabling #Litecoin #LightningNetwork payments to all our 4,500 merchants! So, feel free to use #LiteningNetwork for making purchases online, or accept LTC Lightning payments with your business. Go $LTC! @SatoshiLite @litecoin @LTCFoundation

“Since the launch, we saw over 30,000 created orders to pay with Lightning which suffice as a strong sign that both our customers and the crypto community have a keen interest in this development. Seeing the huge potential it has, we decided to keep developing the feature, but this time, for Litecoin.”

The Litecoin team also shared the news with their followers via a more extensive blog post:

Money for the internet age, bringing you everything Litecoin.

111 people are talking about this

According to the blog post by the Litecoin Foundation, CoinGate added the Litecoin Lightning Network after completing an initial test period with merchant partner SurfShark, a VPN provider.