Facebook Stops Payments In Messenger, Prepares For Its Own Stablecoin?

News is coming out that Facebook will close its P2P payments system on its Messenger app for users in the UK and France from the month of June. 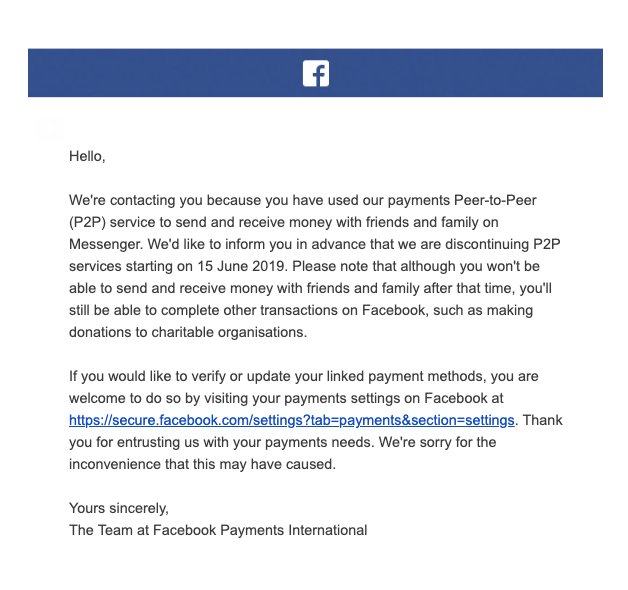 The payments system will only be available for users in the US, the altered documentation now reads. The social media giant obtained a license for P2P payments in 2016, but with the rumors of a new Facebook crypto that would focus on the remittance space in markets such as India.

Anthony Pompliano has said that the next big push in adoption will arise from a company like Facebook, which has billions of users to leverage. With WhatsApp and Instagram also tied closely the Facebook platform, there is a lot of potential for Facebook to spur a growth in adoption. Tipping services have been growing in popularity, with both BAT and the XRPTipBot making the headlines, and it is conceivable that this could be applied to Facebook-owned businesses and apps.

There have also been rumors that Facebook intends to launch its own stablecoin, dubbed ‘Facebook Coin’, and that the company has been looking to raise a staggering $1 billion for the initiative.