De La Rue Chief Steps Down Amid Strategic Review; It Could Signal The End Of Cash

The main headline regarding De La Rue is that the Chief Executive Officer (CEO) of De La Rue, Martin Sutherland, has announced on May 30 plans to step down from the banknote and passport-maker after five years.

The reasons cited are that the company revealed it has launched a strategic review of its business following the loss of its contract to print British passports. The U.K. Government announced last year that it was changing passport suppliers, with Franco-Dutch firm Gemalto now set to produce the country’s post-Brexit blue passports.

Looking into the reasons, I am concerned to see De La Rue blame “growing competitive pressure in the banknote print market.”

After all, according to this past years financial results, that was literally their cash cow.

The strategic review is intended to deliver annual savings of over £20 million (£25.2 million) by the full-year 2022, to mitigate pressures affecting the banknote industry.

“…As we look ahead, the conclusion of the U.K. passport contract in 2020 and the growing competitive pressure in the banknote print market present some significant challenges for our business … To partially mitigate against this, today we have set out a three-year cost reduction programme … we will be proposing a reorganisation of our business over the next 12 months designed to enhance our strategic focus and generate greater efficiencies…”

Reading between the lines the worry for De La Rue, who have produced paper and security printed products such as banknotes, passports and tax stamps, is that cash may be entering its twilight years as a medium of exchange.

The developed world is steadily progressing toward an all-digital world in which tangible forms of communication, culture, and commerce are going online. Hardly anyone buys a DVD or CD nowadays, preferring to download movies and music. The same is true for books and newspapers.

Now, one of the last bastions of tangible trust appears to be under threat as notes and coin, i.e. cash is being overlooked in a rapidly approaching future in which all money is digital. 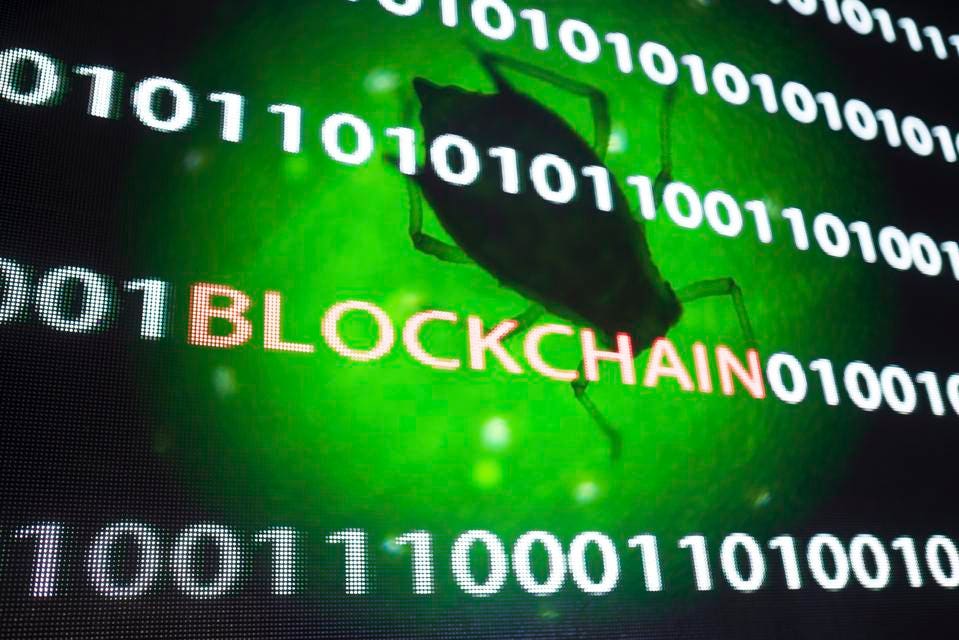 Blockchain with zero and one binary digits

The once familiar High Street or Main Street bank is steadily vanishing amid branch closures. Personally, it is hard to recall the last time I stepped into a branch. Most of my transactions are online as money is moved around from one account to another via my smartphone.

Looking back the use of printed paper money didn’t come into widespread use until the 17th century, when Europe began to form the first central banks; Sweden’s Sveriges Riksbank 1668 followed by the Bank of England in 1694 were the first two such institutions. European citizens were able to exchange bank-authorized notes for physical gold.

In 1933 the connection between the U.S. Dollar and gold was effectively severed and so cash truly became just a paper construct.

The march to kiss cash goodbye began in 1935 when “Charge Plates”, also known as “Charga-Plates,” were early predecessors to credit cards. They were made of an embossed aluminum and were small. It listed a customer’s name and address and were typically used in department stores.

This developed in 1946 when a Brooklyn banker John Biggins introduced a card that allowed customers to charge purchases from local merchants in the neighborhood. Customers had to have an account at Biggins’ bank where the charge was forwarded. His bank covered the cost and then got payment from the customer.

In 1990, debit cards in the U.S. were used for 300 million purchases; today the total exceeds 40 billion. Similarly, swipe technologies like Apple Pay are increasingly accepted as are the use of person-to-person apps such as PayPal and Zelle. Now Facebook, the world’s largest social network, appears to be planning to launch a digital coin early next year based on blockchain technology.

Earlier I talked about using my phone to make payments, but I may sound old fashioned as new technologies are embracing microchip implants, finger­print, and retina scans as well as facial recognition.  This eliminates the requirement for a smartphone or smartwatch.

Maybe the risk of a cyber hack will extend the lifetime of cash for some years yet, however, it is very much the case that using cash is becoming as outmoded as mailing a cheque to a bill.

In that sense, if the digital technology behind a chip embedded in my person is secure it will imply that I will not be judged by the size of my wallet, instead, my face will indeed be my fortune.

IOTA Kills Its Centralization – What’s Next For Investors?

Securities Lawsuit Against Ripple to Stay in Federal...