Revealed: How Bitcoin Is Taking Flight With Norwegian Air

When Norwegian Air Shuttle launched budget flights to America in 2013, it forced the airline industry to look again at a market segment dismissed by many pundits as commercially fanciful: low-cost long-haul flying.

Six years on, it’s hard to say whether the gamble has paid off. The airline’s balance sheet is weaker than when it only served short-haul markets. Early competitors like WOW Air and Primera Air have collapsed. Yet Norwegian’s Boeing 787 Dreamliners still criss-cross the Atlantic daily – holding their own against a new breed of low-cost long-haul services run by Europe’s legacy carriers.

The decision by Norwegian’s founder, Bjørn Kjos, to relinquish financial and managerial control of the company has meanwhile put a younger generation of executives – including his son, Lars Ola Kjos – in charge of strategic planning.

And their opening gambit appears no less ambitious or transformative than the elder Kjos’s foray into long-haul operations.

A world away from the business of flight, Norwegian has invested in a cryptocurrency exchange, Norwegian Block Exchange (NBX), which is due to open its virtual doors next month. NBX will make cryptocurrency the most attractive payment channel for Norwegian’s flights – offering discounted fares and blockchain-encoded perks in a bid to hasten what management see as the inevitable decline of the old-world banking system.

More immediately, the airline believes this shift to digital currencies will cut costs and release it from the stranglehold of financial middlemen.

“Now that we have made the exchange, we see that it could be the heart of a complete new ecosystem,” Stig Aleksander Kjos-Mathisen, NBX’s managing director and the son-in-law of Bjørn Kjos, told me in an interview at Norwegian’s headquarters in Oslo.

NBX will launch as a standalone marketplace in September, enabling users to exchange fiat currencies (initially NOK, followed by SEK, DKK, EUR and USD) for digital ones (initially Bitcoin, Ethereum and US Dollar Coin, a USD-pegged stablecoin). Its creation might not have been necessary if a reputable trading platform already existed in Scandinavia, Kjos-Mathisen said, but by building it from scratch the airline has gained “at least a left hand on the steering wheel” of its cryptocurrency future.

“We can set the standards ourselves now,” he explained. “We can decide the threshold for security, for KYC [Know Your Customer identity checks].

“This positions Norwegian to … be a leader on the technology that is chosen [by the industry]. Also, by owning NBX, we can easily integrate [it with Norwegian’s sales channels] so that the transition between the fiat world and the virtual world is frictionless for us.”

By the fourth quarter of this year, merchant solution NBXPay will allow customers to buy flight tickets directly with cryptocurrency. Norwegian will either convert the funds to NOK instantly – minimizing its exposure to cryptocurrency volatility – or it will maintain a USDC balance sheet as working capital. Its stablecoin reserves could then be used for B2B transactions with suppliers that follow its lead into the sphere.

“We have discussed with partners if they are willing to look into accepting US Dollar Coin as a way to pay instead of using traditional settlements,” Kjos-Mathisen said, adding that “positive” responses have been received from several “big” suppliers. 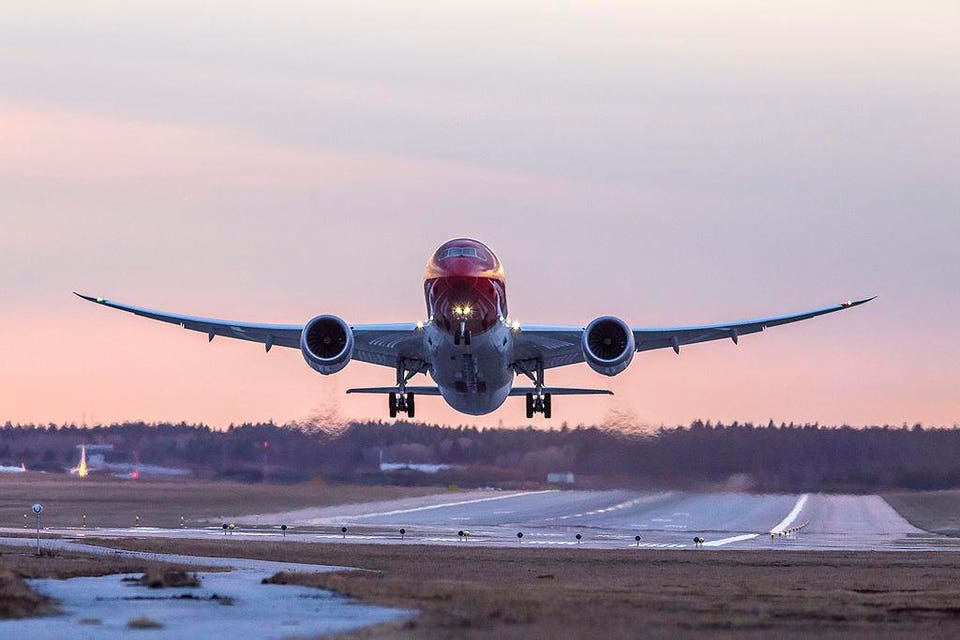 Norwegian’s liquidity has been hampered by credit card acquirers.

Side-lining payment processing companies and financial clearing houses in this way has obvious advantages for Norwegian.

Airlines typically pay transaction fees of between 1.5% and 2.5% on bookings placed with a credit card. Intermediary acquiring banks then hold back a percentage of revenue to cover the risk of chargeback claims arising from insolvencies. In Norwegian’s case, the amount held back has risen steadily due to concerns about the airline’s financial health – forcing it to issue interest-paying bonds to cover the shortfall.

“Why should we wait for our revenues, and then have the credit card acquirers and the credit card companies make a lot of interest just sitting on that money,” asked Lasse Sandaker-Nielsen, Norwegian’s head of communications. “That’s why the airline is really interested in this: because it will give us the opportunity to get the liquidity immediately.”

Norwegian is not alone in developing blockchain solutions for the aviation industry.

Last month, Russia’s S7 Airlines processed more than $1 million worth of payments through a private blockchain being developed with Alfa-Bank. It said the technology speeds up transactions and removes the need for third-party guarantees. Ticketing facilitator ARC has invested in another blockchain, Blockskye, that promises to “increase efficiency, transparency and security” across the multi-party airfare distribution chain.

Other sub-sectors such as aircraft financing and maintenance also stand to benefit from blockchain-powered predictive analytics.

Yet even as interest across the industry grows, the number of passengers actually willing or able to pay in cryptocurrency remains low. Less than one third of one per cent of the global population is currently believed to own bitcoin.

That makes incentivizing the payment channel a top priority for Norwegian and NBX.

“At some point, when the technology matures, you’ll be using [blockchain] and you won’t really notice that you’re using it,” Kjos-Mathisen said. “But right now, in the beginning, you will definitely be aware … So you need to incentivize people in the beginning. And then they will start using it because they see it’s convenient.”

Passing on savings to customers who pay with cryptocurrency is the most obvious way of building traction. “You can sell the ticket for less and still earn more,” he insisted. 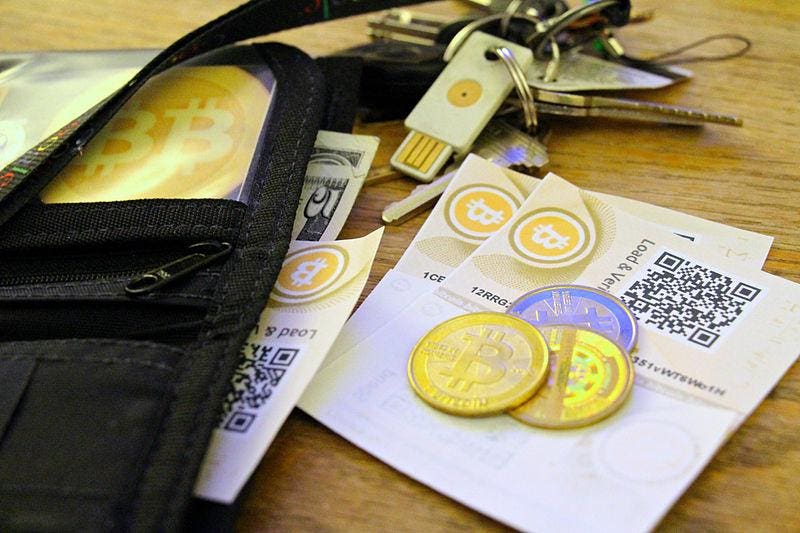 Bitcoin’s abstract nature is an obstacle to mainstream adoption.

“You put the equivalent of €5 from your wallet into the smart contract. The insurer, AXA in this case, puts in let’s say €40. And then it’s written [in code] that if the flight is cancelled, the €45 pot will go to you,” he explained. “When you land, you will have the funds in your wallet … The beauty of this is when you have tokens like US Dollar Coin on the Ethereum blockchain, you can actually get [payouts] denominated in dollars. That makes it graspable for most travelers.”

Norwegian may also offer people paying in cryptocurrency a higher earning rate for CashPoints, its frequent flyer program. The reward scheme is already being integrated with NBX through a ‘Trade and Fly’ promotion that refunds 10% of trading fees on the exchange to customers’ CashPoints accounts.

In all cases, the aim is to bridge the gap between Norwegian’s real-world flight network and NBX’s virtual-world financial services.

“NBX is going to be global, so one of the strategies is basically to follow in the footsteps of the airline,” Kjos-Mathisen concluded. “The airline is big in Europe – especially in Scandinavia – but it’s starting to become quite big also in the US. It has a presence in South America, and obviously Asia. So we will try to on-board customers wherever the airline is, because those are the ones that could be incentivized with CashPoints.”

While NBX will not be seeking a formal banking license, it also “definitely” plans to roll out interest-bearing wallets – tapping into the growing popularity of decentralized finance services that use smart contracts to issue crowdfunded loans.

What does 73-year-old Bjørn Kjos make of his airline’s leap into the cryptocurrency world?

Bitcoin and Blockchain: The Tangled History of Two...

Bitcoin Does Not Threaten Global Economy According FSB

There are 3 Things Standing in Front of...

Could A Cryptocurrency Service Help Save Venezuela?