CNBC’s Fast Money analyst Brian Kelly is short-term bearish on Bitcoin’s price based on a drop in the daily active BTC addresses.

CNBC’s Fast Money analyst Brian Kelly’s sentiment on Bitcoin is growing bearish after Bitcoin fell from $13,800 and repeated rejections in the $11,000 and $12,000 zone.

According to Kelly, the short-tem outlook of Bitcoin is bearish, because since June / July the 30 daily moving average for active daily addresses have dropped sharply.

#Bitcoin is back above $10k, but @BKBrianKelly is feeling a little bearish. Here’s why. 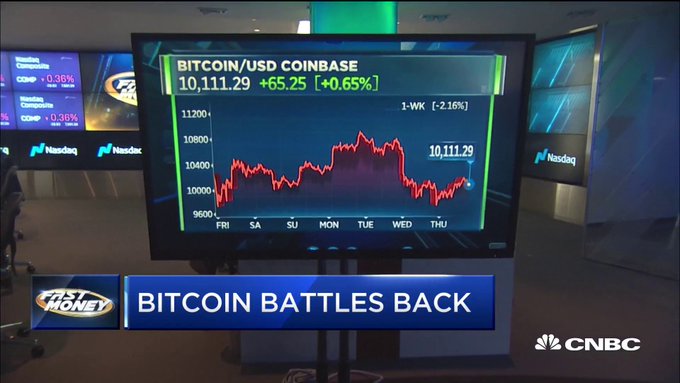 324 people are talking about this

Kelly says that the active daily addresses for Bitcoin is just as an important metric as the daily and monthly active user rate for social media platforms.

As a result, Brian believes that there will be a chance for investors to buy Bitcoin as what he describes as a “generational buy”, meaning the asset will probably fall further:

“Number 1 we will see the price going down and active addresses going up. That’s what we saw in December and January. We saw the price continuing to crash down and active the activity on the network was really increasing.

Second thing is sentiment, in terms of does everyone think Bitcoin’s dead, again? When people start saying that then I’ll get real interested.”

Furthermore, Kelly conceded that the growing number of institutional investors trading Bitcoin derivatives and these institution’s don’t necessarily represent a ‘spot address’ like a bank account.

The Faketoshi Circus: Even Bitcoin Can’t Escape the Politics of Money

Map Osaka and Get Rewards from FOAM