IDC Says: By 2023 China Will Have Poured $2 Bn into Blockchain

China keeps embracing blockchain. And it seems like pretty soon it will internalize the disruption. Thus, the local government, private investors and media interest are becoming more interested. The stats from the US reiterate this benevolence toward DLT.

International Data Corporation (IDC) recently released its “China Blockchain Market Forecast, 2018–2022”. According to the stats, the country will spend more than $2 billion on the disruptive technology.

The report reads that China spent close to $79.5 million on it in 2017. But as per the current adoption rate, the spending will experience a compound annual growth rate of 83.9%. That said, it will surpass US$1.67 billion by 2022.

In the past sectors like banking, payment infrastructures and supply chain received the lion’s share of the funds. But in the future, the technology will find a footing in identity management, transaction agreements, and product provenance.

As a matter of fact, China has already started adopting blockchain in identity management.

Yu Xue, IDC China Blockchain strategist stated that it happens to be the “seventh innovation accelerator in the digital economy”. Thus DLT’s adoption will inject efficiency and enhance the security of the existing processes.

Since President Xi Jinping’s made the statement to “seize the opportunity” that blockchain offers, the Chinese front is buzzing with positive news about the decade-old technology. Even the People’s Bank of China, the one that banned cryptocurrencies in the country is exploring implications and applications of BTC’s underlying technology. It recently signed a strategic corporation agreement with Huawei as reported earlier.

Earlier Binance CEO CZ tweeted a picture of a blockchain educative event being conducted by the Government of Chongqing a key district in China. A lot of people attended.

Gov’t of Chongqing（重庆沙坪坝区政府）, a key district in China, learning about blockchain.

Have you ever seen how duty-free stores are mobbed by the Chinese? When 1.4 billion more Chinese people learn about blockchain, what will happen? 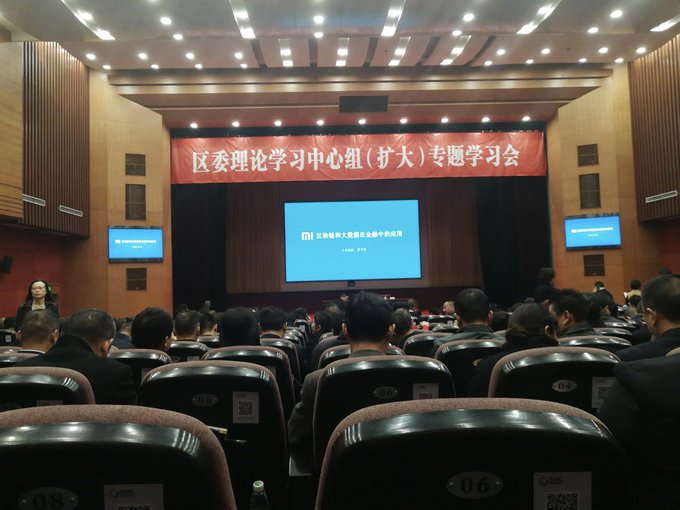 139 people are talking about this

Things are progressing rapidly across the globe today. In our recent story, we covered Tunisia, a small North African country. It has become the first one to issue a central bank digital currency.

How The Blockchain Will Fix Online Platforms Like Shopify

The Herd Is Coming, With Fidelity Leading The...

Walmart is Trying to Patent Its Own ‘Libra’...